LITIGATION vs. MEDIATION IN FAMILY LAW

The average current cost for each person today in a Minnesota divorce is about $13,000.00. It is ironic that this is also approximately what is spent on the average Minnesota wedding. If a marriage cannot be saved, will mediation actually reduce the cost of a divorce?  This is a fair question that most attorneys and parties already have an opinion on when they contact my office. Because I both represent individual parties as an attorney, and also provide mediation/evaluative services through a different company, I have no personal stake in advocating one process over the other. That being said, the following are my observations about the merits of using one process over the other.

The divorce rate across the United States took a sharp upward turn in the 1970’s. Some think this was due to the introduction of “no fault divorce” legislation, but history would rather support the idea that “no fault” divorce was a response to the increased use of the courts to terminate marriages, and the drama resulting from judges having to decide whether one party’s behavior was bad enough to grant the other one “relief” in the form of a divorce. The dirty little secret was that, with perhaps the exception of criminal behavior, the court was never competent to judge the behaviors of two people, in whatever dance they were engaged in, and decide if one was bad enough to let the other one out of the “contract”. Marriage vows were, after all, traditionally in the form of a covenant – not a contract. I have never heard vows in the form of, “If you do this, I will do that”. They are traditionally in the form of “I do”, to the question ending in, “’til death do us part”.

As to the relationship part of marriage, judges have been in the untenable position of deciding when it was OK to break this promise. With this kind of history, the litigation process, when it is used to settle a divorce, always ends up treating the marital estate like a business partnership, and cares nothing for the future of the parties’ relationship with each other. This is especially damaging to children of the divorcing couple. The average cost of $13,000.00 per party corresponds to the average process, which lasts a minimum of six to eighteen months or more. There are typically three or four hearings, and a trial lasting a portion of a day, or three or four days, depending on the complexity of the case. If there are children of the marriage, the cost would amount to a year or two of college tuition.

The biggest factor in determining if mediation will reduce cost is the likelihood of success of the mediation. I have certainly had this in mind while developing my mediation practice, “Minnesota Mediation Services, LLC. While many of my ADR colleagues get very uncomfortable in discussing settlement rates, I believe it is necessary to measure the success of the neutral process in order to measure its value. While it must be assessed in tandem with determining not to allow any presence of “coercion” in the process, the settlement rate is very much affected by the quality of the process used by the mediator. Some of the techniques we use to accomplish our average of 90% settlement in custody and parenting cases, and 80% settlement rate in financial cases, are the following:

With this kind of quality process offered, the cost of $300.00 per party is almost always considered an amazing bargain by participants, particularly if they are already familiar with the cost of litigating. This is not to even mention the intangible costs of heightened the conflict between parties when litigation is used to resolve the case. I have witnessed over the 29 years of working in family court the parents who have come back to court over and over again, largely because they have never succeeded at resolving conflict any other way. A successful mediation proves to the parties that it can be done without a court fight, and this forever changes their motivation to go back to a contested hearing.

Many courts in Minnesota now require that parties attend an ICMC, or “initial case management conference”, where they are presented with the option of using a process like the one described above called “Early Neutral Evaluation”. When parties start over using this, and find it to be successful, they rarely go back to litigating, and for a few I have even seen the successful resolution lead to a reconciling of their family unit. Either way, mediation is most often a rewarding process for all involved. 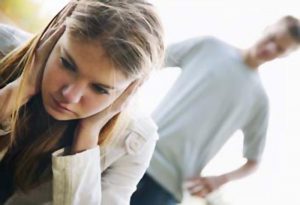 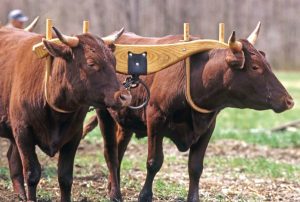